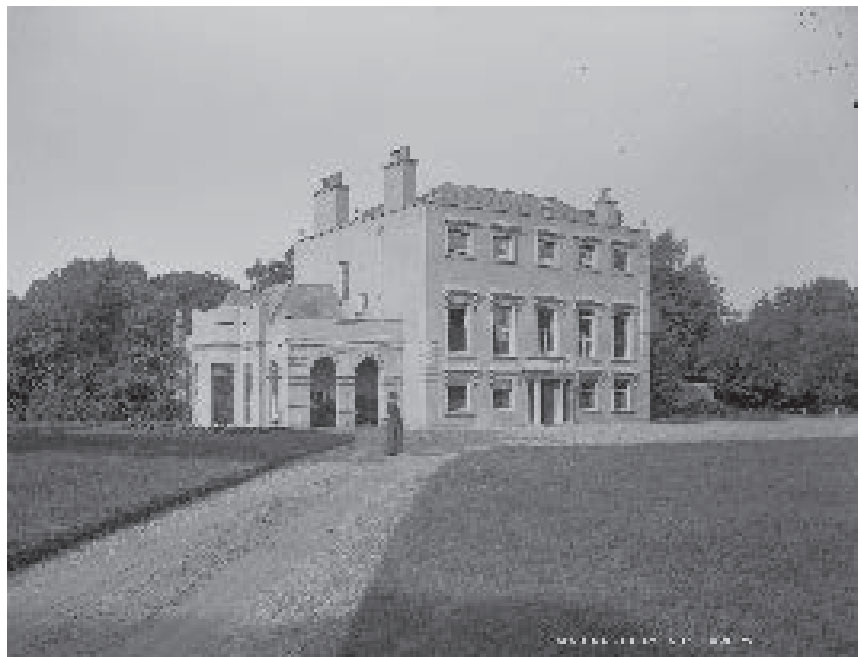 Fairview Footbridge in the 70's with St. Joeseph's (Joey's) in the background 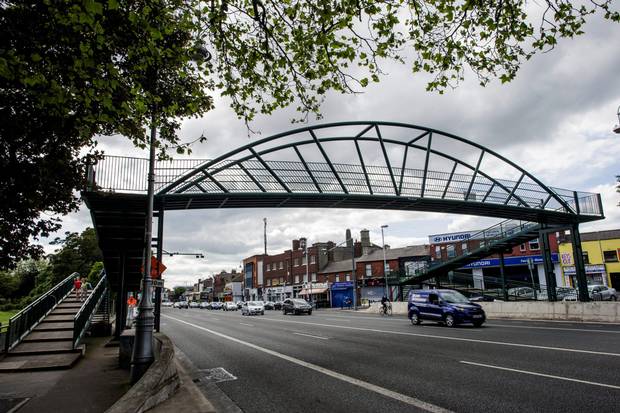 New Footbridge installed in Fairview in 2012

Marino House was built in the early 1750 s and was subsequently occupied by Lord Charlemont He had returned from a Grand Tour of Europe a tour of ancient Greek Roman cities undertaken by wealthy young men and was very influenced by what he saw noting the striking similarity between Dublin Bay the Bay of Naples.

The house was located approximately at the modern day junction of Brian Road St. Declan's Road. The original gates to the house stood on Marino Mart near the present day footbridge and bore the motto Deo Duce Ferro Comitante - With God as my Guide the Sword by my Side. The first half of the motto was subsequently adopted by St. Joseph s School in Fairview built on the site of the gate the second half was omitted.

The urns seen on the roof here can still be seen today, adorning the roof of St. Mary’s (now the Marino Institute of Education), on either side of the statue of St. Mary.