Sam Maguire became a regular at Croke Park while based in Dublin.  Due to his failing health he returned to his home in  Mallabraca, Dunmanway, Co. Cork.  He died of tuberculosis on February 6, 1927, at the age of 48.  Local story has it that on his last visit to Dunmanway, he gave away his last £5 as he stated that he would not need it anymore.

He is buried in the Protestant cemetery of St. Mary's, Dunmanway.   A Celtic cross was raised over his grave with a simple inscription "Erected to the memory of Samuel Maguire, Mallabraca who died 6 February 1927,  By the people of Dunmanway and his numerous friends throughout Ireland and England in recognition of his love for his country.  Ar dheis Dé go raibh a anam.”

The cross was damaged in a storm in 1960 but was replaced later by the G.A.A.   It is an exact replica. 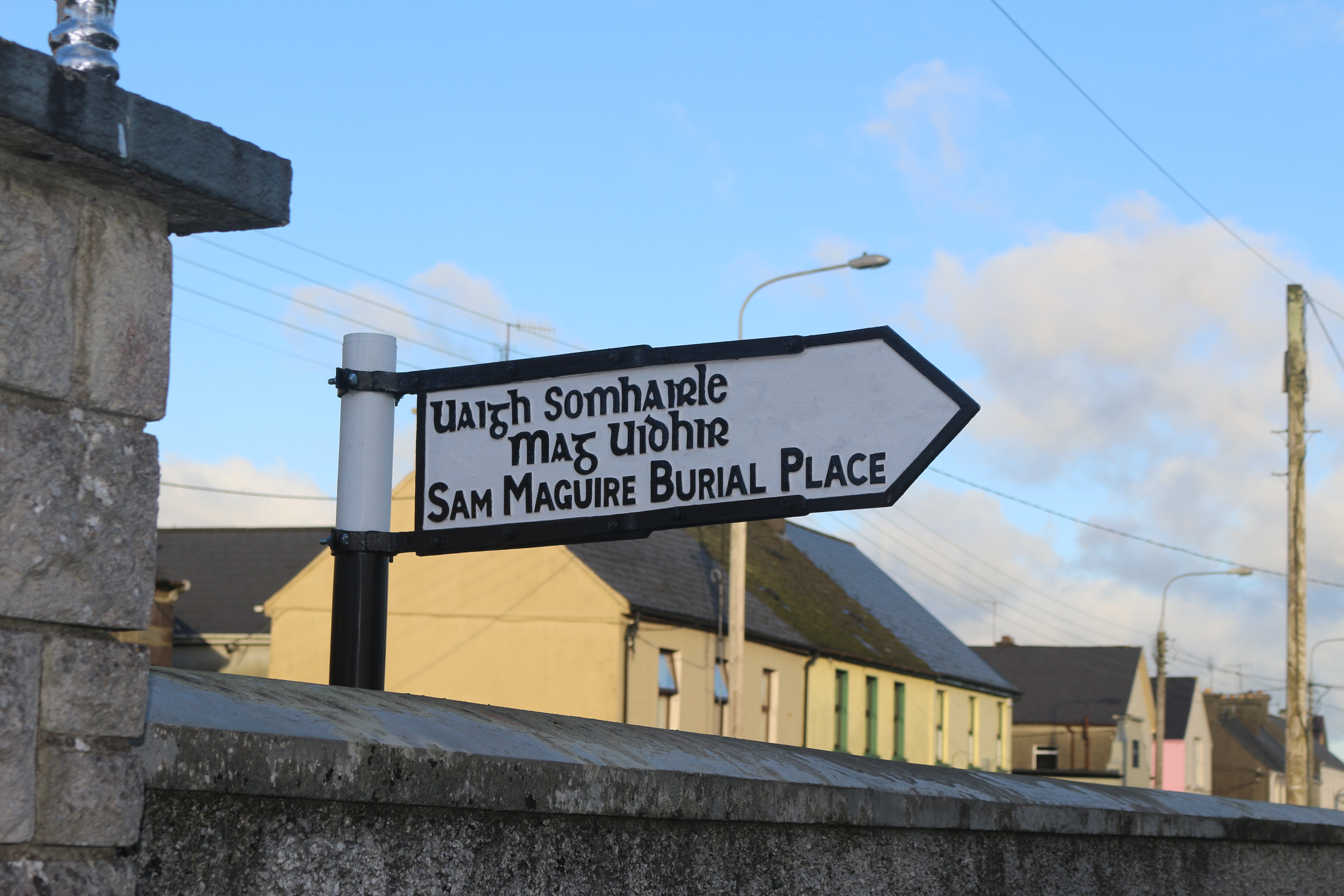 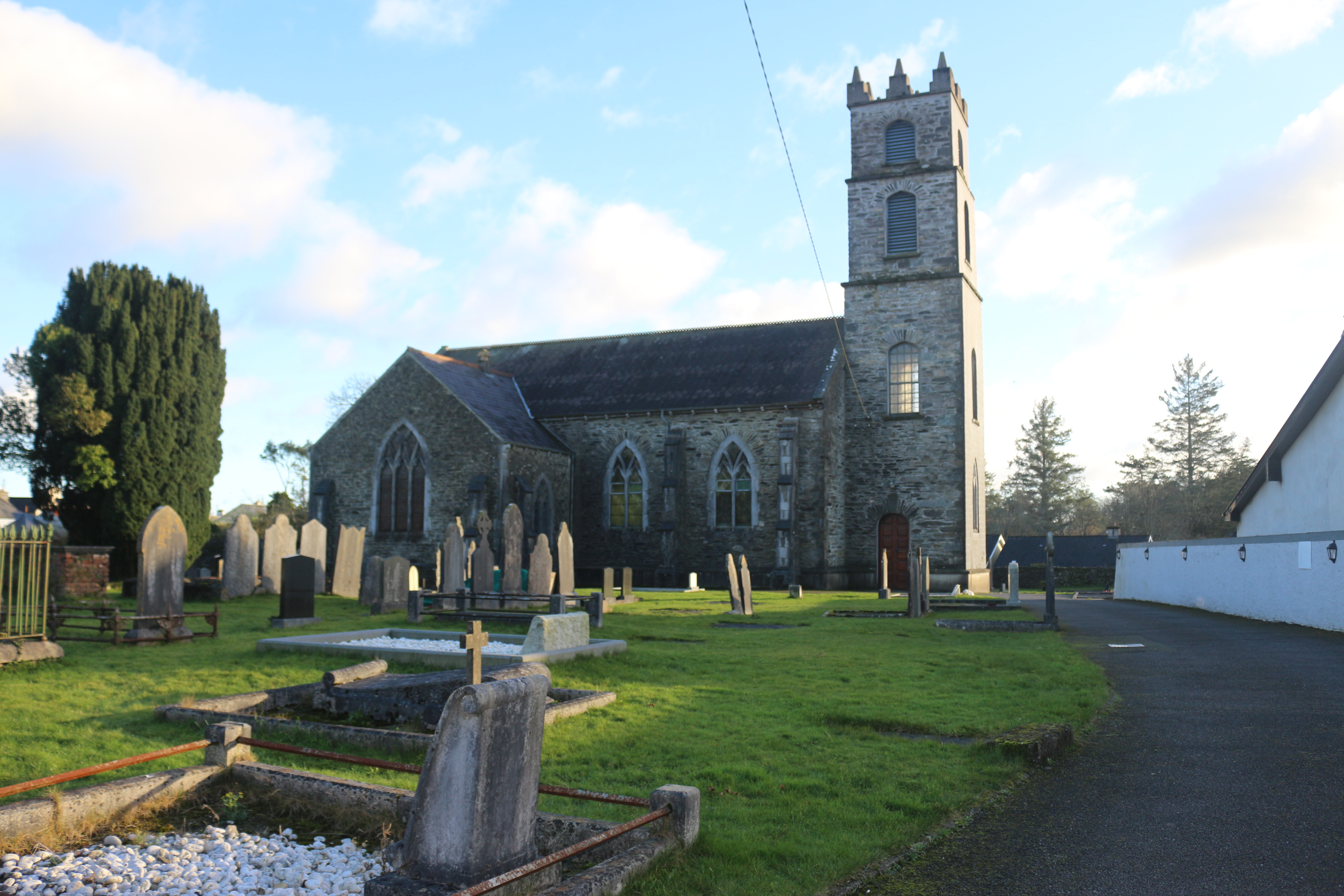 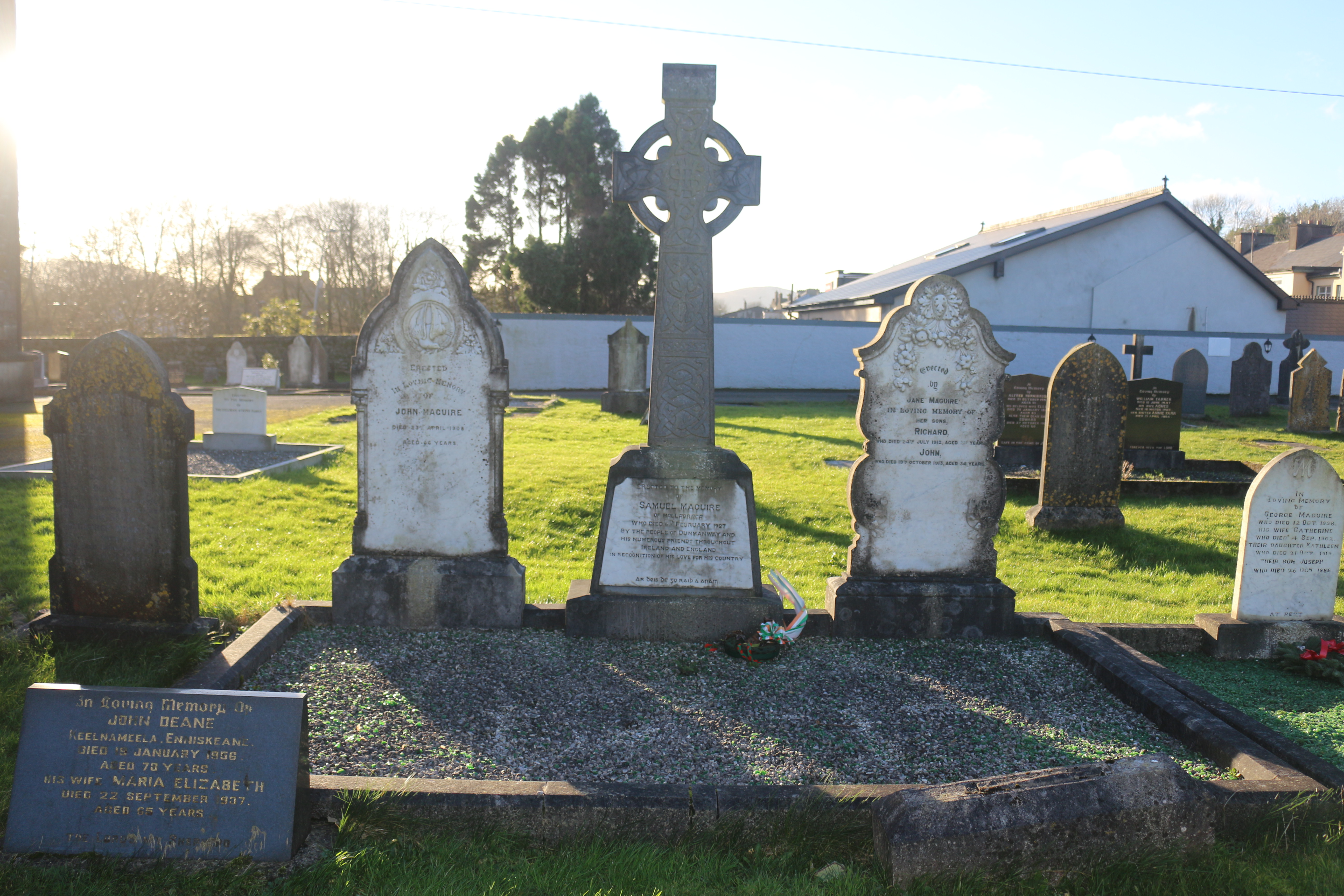 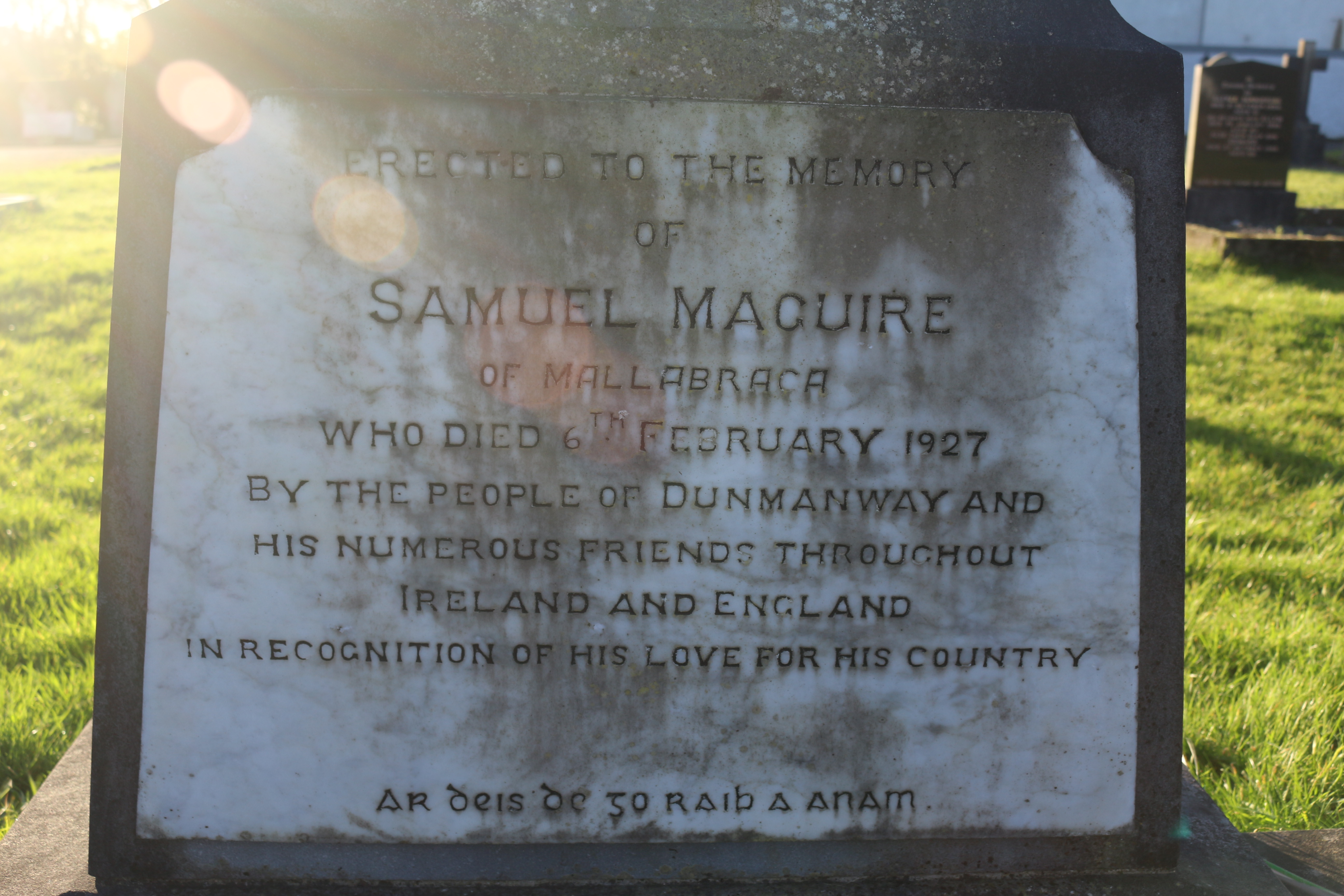