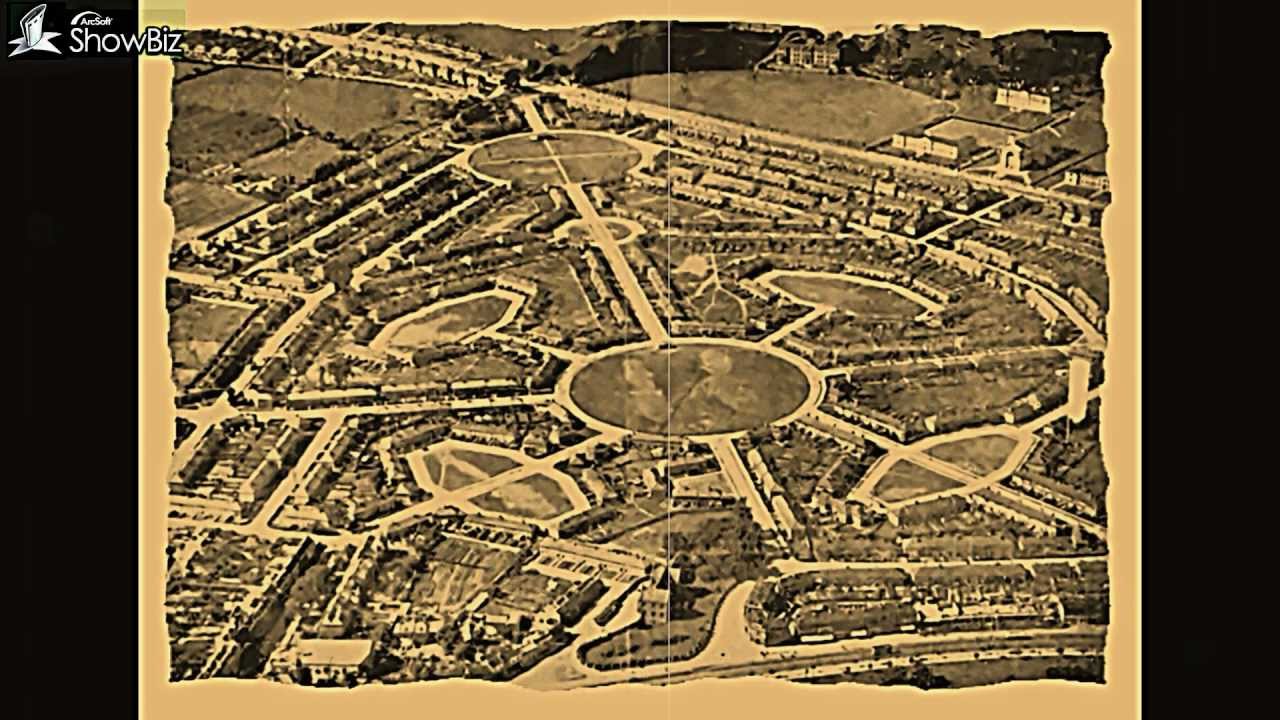 Radial planning of the garden suburb of Marino

The site for the first major public housing initiative in Ireland was the north Dublin suburb of Marino.

The idea of a garden suburb at Marino was first suggested at a meeting in Clontarf when the holder of the land, James Walker indicated his willingness to make his 50 acres available to the Corporation for the building of a garden suburb. [9]  In 1914 town planners Patrick Geddes and Raymond Unwin prepared a plan for 1,100 houses at Marino on a 96 acre site with a density of 111/2  houses per acre.  The Corporation gained control of the land in 1915 but the outbreak of the First World War put plans for the scheme back for the following four years.

Developments  in the U.K. housing policy post war impacted on the Corporation’s plans.  The Tudor Walters report of 1918 set out minimum standards for housing conditions and densities.  The following year  a housing manual was published in the U.K. and adopted by Dublin Corporation which provided for standard layouts for housing. The city architect Charles McCarthy proposed a scheme of 600 homes on the 50 acre site at a density of 12 per acre at a cost of £659 per house or £395,000 for the entire scheme.

O’Rourke presented a number of drawings of different style and size houses.  His plans were to develop five and six roomed houses containing either two or three bedrooms.  He developed a scheme of alternating blocks of houses in blocks of eight, six and four with gardens at both the front and rear.  Each block had a different design with different frontage and fenestration, so as to break up the monotony of rows of similar houses.  The houses were to be laid out in a ‘radial plan’ – like the spokes of wheel – allowing each home a view of the central green area.

The houses were designed to be of high quality and provided new space – a world away from the cramped tenements of the city.  The plans for his ‘Type H’ house included scullery, coal shed and an area in the hallway marked with the words pram/bike, the idea of storage space would have been a luxury to many.  It is also indicative of the layer of working class who would benefit from this scheme, those with jobs who could afford a bicycle. Travel was to become an important issue for the Corporation’s plans as most jobs were located in the city centre, workers would need easy and affordable transport from the new suburb to their place of work.

In 1919 McCarthy’s assistant and successor Horace O’Rourke presented plans and drawings for the scheme to Dublin Corporation which were inspired by the works of Ebeneezer Howard and the English garden city movement. [10]

O’Rourke was the architect responsible for the rebuilding of O’Connell Street in the 1920s – it having been severely damaged in the fighting at Easter 1916 and on the outbreak of Civil War in 1922 – and was an advocate of town planning ideals.